To say the Irish have gone gaga over Game of Thrones is an understatement. This show has changed lives here. Whole families are spending weekends as extras – pretending to be slaughtered on the lush Irish grassy hills, George R. R. Martin loving entrepreneurs have started up businesses shuttling tourists, and so many men now look homeless as they need to keep their hair and beards long lest they lose their gigs as extras in one of the armies.

Whenever the extras aren’t pretending to freeze under fake snow, some of them lead Game of Thrones tours. And it’s awesome. So SO awesome.

It used to be that die hard GoT fans had to travel up to Northern Ireland before seeing GoT filming locations in real life. No more! Game of Thrones Tours now has a tour leaving out of Dublin in Custom House Quay. This is great for those limited on time and overall a fab day out. 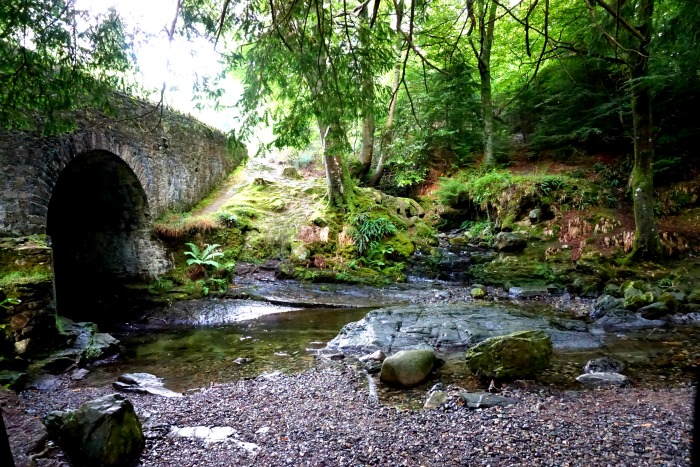 Look at the gorgeous scenery deep in Tollymore Forest! This is the place where the baby dire wolves were discovered: 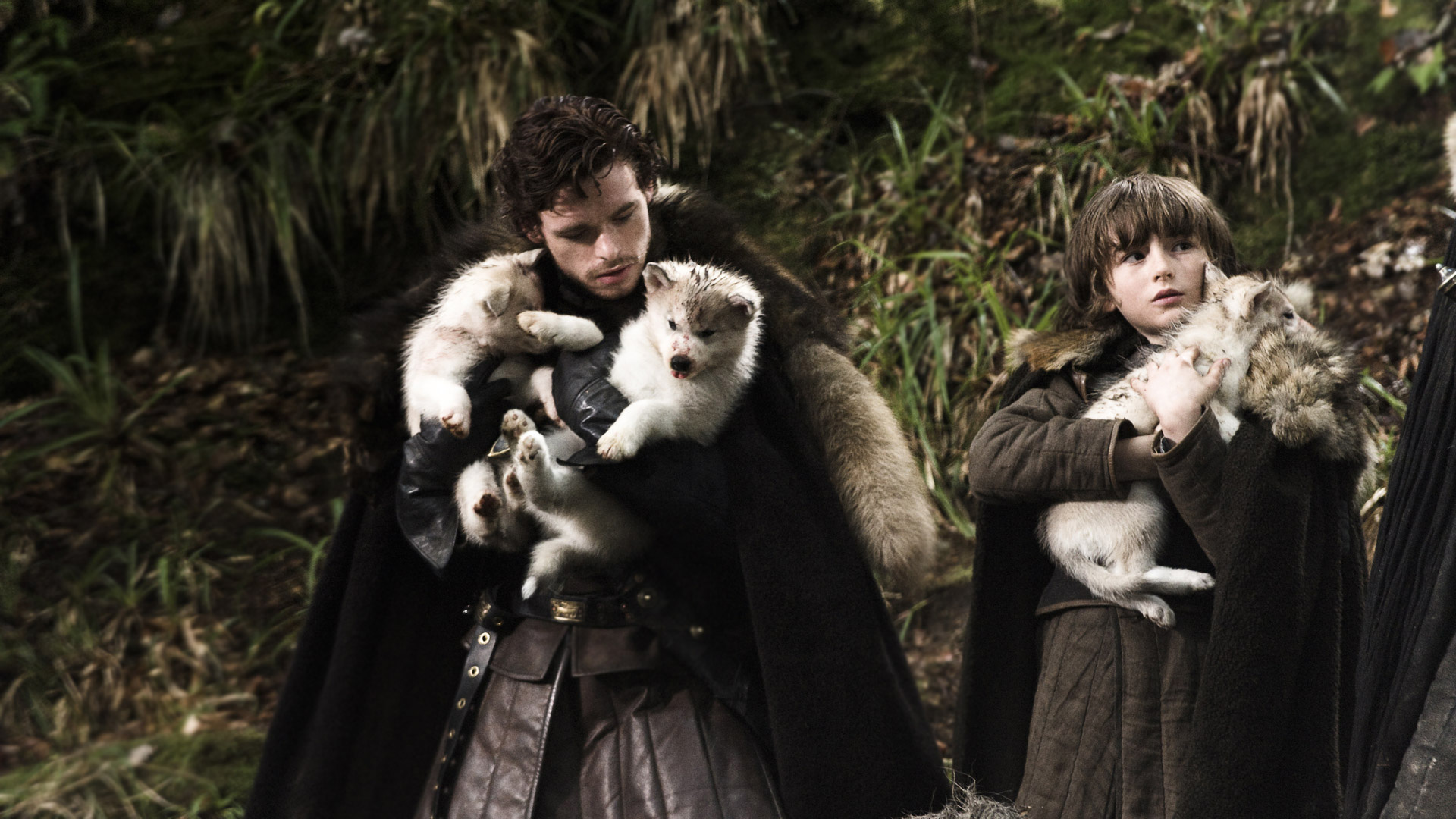 Seeing this is even more fun when you then get to meet two of the dire wolves (northern inuit dogs acting as dire wolves) in person! 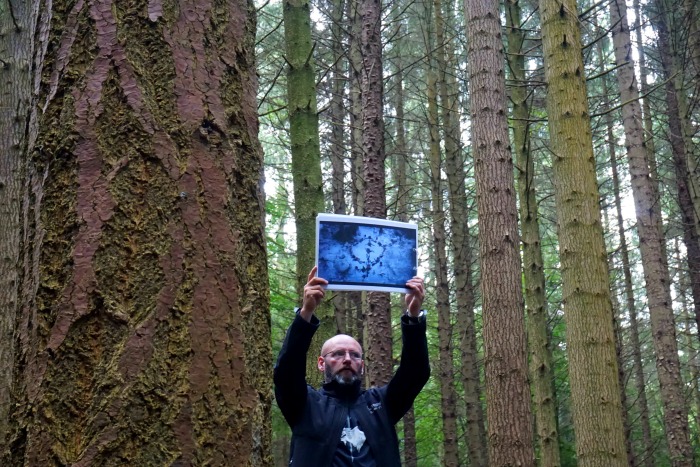 Then there’s the photo ops! Oh! The photo ops! Gameofthronestours.com has costume makers from the show make their tour costumes and you do indeed have the option to dress up like a Stark with a replica of whatever sword you fancy to hold for funzies. My die hard Game of Throne fan BIL had a field day with this: 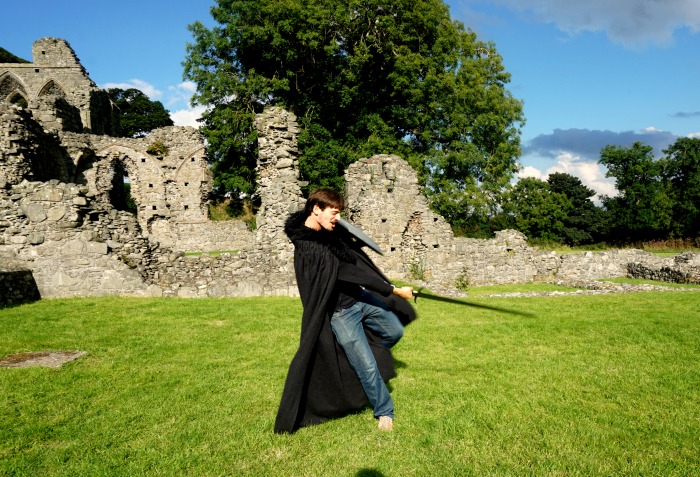 Pic taken on the site where Rob was declared king in the North.

Really we all got into the spirit and had tons of fun with it! 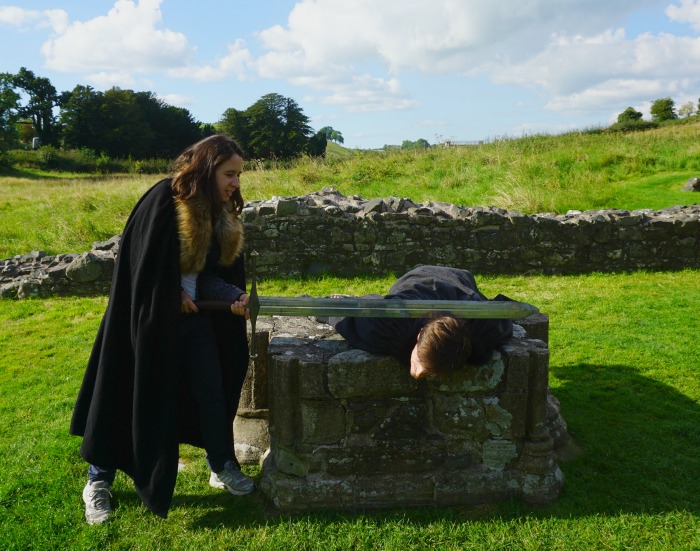 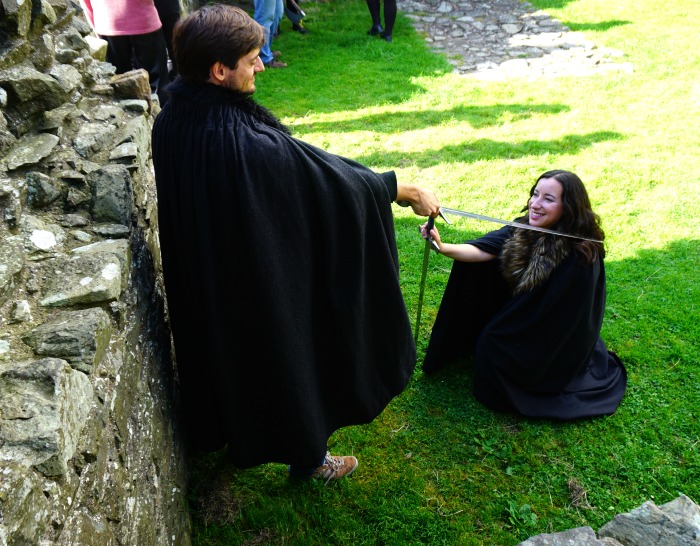 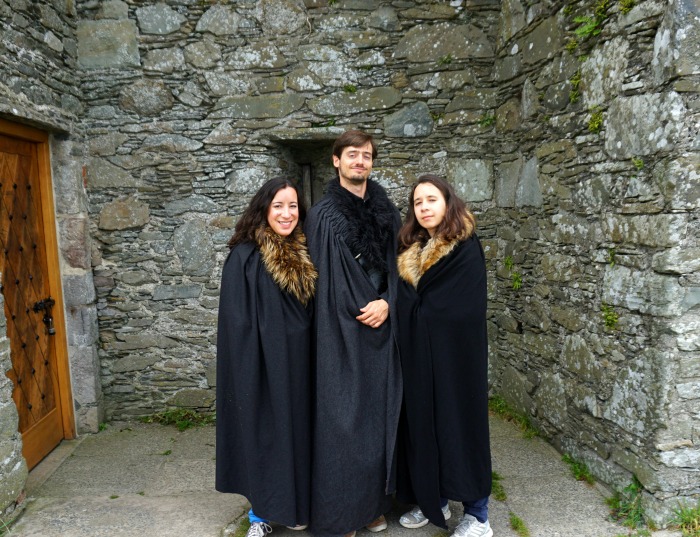 The latest members of House Stark greet you and say, “get thyself to Dublin and on the Game of Thrones tour!”

p.s. gluten free, vegan, vegetarian folks- A great thing about this tour is that the lunch spot is always decided in advance. Depending on your tour, you will have lunch at one of three restaurants and they all have GoT features in them. This tour is really the ultimate fan experience! This particular tour stops for lunch at The Lobster Pot. I simply messaged the restaurant ahead on FB, and asked for a meal that I could eat. They were happy to accommodate and I ate risotto at the same time everyone else got their meals. This was my second tour with this company (the first one being the Iron Islands tour from Belfast) and the restaurant form that tour made me a stir fry with rice (again, I messaged in advance on FB). The Irish are lovely and happy to accommodate!